The appropriate time to use double or nothing at a casino

There are times in the casino when it is appropriate to double down on your bet. By doubling down (when you think you have an advantage over the casino) you can quickly build a stockpile of winnings. Look, every casino always has a mathematical edge on every single game you play, but when it is appropriate to double down, you can shift the house advantage temporarily in your favour.

So which games can you double down on?

Well, first of all, we have to distinguish between doubling down while in the midst of playing a game and simply doubling your next bet. Regarding the latter, except for hitting house limits, you can always double your bet on the next hand of a game. With regard to the latter, say you bet $100 on roulette to win. On your next hand, nothing will stop you from betting $200 on red the following play. Some people play this as a betting strategy. It’s called the martingale strategy. The idea is that if you lose a hand at any casino game, to bet double the next time you play. If you lose again, you double your bet again.

For those Kiwis who play blackjack, either online or at a physical casino, players are most familiar with the process of doubling down in blackjack. Say you bet $10 a hand playing blackjack and the dealer deals you a 6 and a 5. You can choose to double down by placing another $10 beneath your bet. This is a double down, and the dealer will then deal you with one additional card. Please note that many casinos limit doubling down to when you have a total of 10 or 11 only, while other casinos will allow you to double down on practically anything. There are mathematical rules for doubling down, but if you have an 11 double down, and if you have a 10 double down if the dealer is not showing an ace. Doubling down is a great way to narrow the house advantage in blackjack, which is already one of the lowest in the casino. 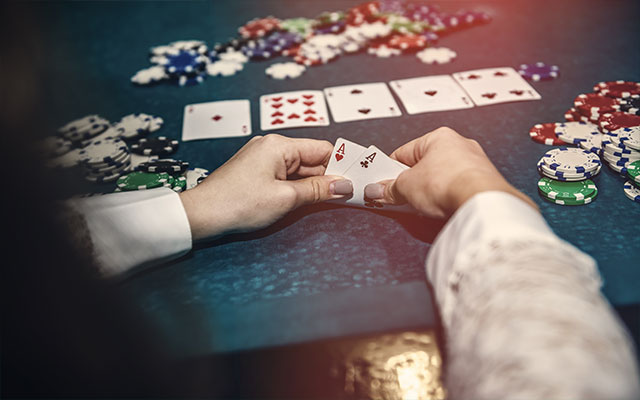 Another in-play game to double down on is craps

After a point is established in craps it’s possible to take the odds or lay odds down on your original bet such as pass or don’t pass to not only double your bet but even to bet 10 times your original bet. By taking the odds, it’s possible to reduce the house edge on craps to an extremely low .2 percent. Of course, you could lose quite a bit as well by taking 10 times the odds, but that’s why they call it gambling. Another way to take double the odds is with slot machines and video poker machines. Not all, but let’s say you win $5 playing a slot machine. Many machines allow you to take the $10 as a payout, or to add to your credits, but then a screen comes up and asks if you want to double your payout or lose it all. Usually, these machines will utilize a simple card game, such as red or black. If you have played for 20 minutes on a slot and have only won $10 and lost who knows how much money, playing red or black on a slot machine to double your money is pretty decent odds compared to playing red or black on roulette, and these in-game double down features have no zeros or double zeros to content with. On the other hand, if you wind up winning $100, cash out the ticket and go enjoy a steak and lobster dinner on the house, or if you are playing online, order yourself a pizza. Of all the games in the casino, the two best double or nothing opportunities come from playing blackjack and doubling down or taking the odds on craps. It is critical, however, that you know the house rules for doubling down at any casino you play with. For example, it’s a great idea to double down on blackjack with an 11, a little risky if you have a 10, and even more risky if you have a 9, or have a soft hand that contained an ace. The same applies to craps. Know exactly which bets you can take the odds on, and exactly how much money you can lay down on the odds. By knowing these rules when you start gambling, you can greatly cut down on the house edge.